In the Small town of Finchley, upstate New York, three bodies are discovered in an old mine. Soon after, Sheriff Doug Harrison contacts the FBI for help.

Ronin Nash is an ex-FBI special agent who wanted nothing more than to finish restoring the old family lake house. Now, Nash's old boss wants him back and on the Finchley case.

Nash takes the job and travels to Finchley, expecting to solve the case quickly, but it turns out that things are not as clear-cut as he thought. Someone in the small town has a secret, and they're willing to go to any lengths to protect it.

In Nobody's Agent, we find ex-FBI special agent Ronin Nash wanting nothing more than to leave his old life behind and enjoy restoring his family’s lake house. Unfortunately, fate has other plans and duty calls when three bodies show up in an old mine. When sheriff Harrison contacts the FBI, Nash’s old boss wants him back and on the case. Nash accepts but quickly learns all is not what it seems.

This is an intriguing new series full of mystery and suspense. I was engaged from start to finish and adored Ronin’s character. Some of the others, not so much, but they are needed to build the suspense and move the story along. Stuart does a great job of bringing the characters to life, flaws, and all. I found myself staying up late because I could not put this book down.

I love this new series and am anxiously awaiting book number 2! I can’t wait to see how this series unfolds.

I received an advance review copy for free, and I am leaving this review voluntarily. Thank you Stuart Field and Zooloo's Book Tours. I'm excited to be a part of this tour. 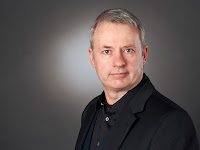 Stuart Field is a British Army veteran who now works in security after serving twenty-two years in the British Army. As well as working full time he writes in his spare time.

Stuart was born and raised in the West Midlands in the UK.

His love for travel has been an inspiration in some of his work with his John Steel and Ronin Nash thriller series.

As well as future John Steel novels, Stuart is working on a new series and standalone novels.