Interview with William A. Glass, Author of Off Broadway: A Marriage Drama

Interview with William A. Glass, Author of Off Broadway: A Marriage Drama

Kristin: So, tell me Bill, how did you come up with the plot for Off Broadway?

Kristin: How convenient! Can you tell me something about the book that’s not in the summary? 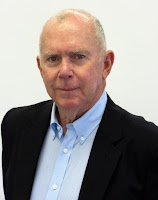 Bill: The summary doesn’t mention the main character’s dry sense of humor. Also, it doesn’t say anything about the subplots that add depth to the story.

Kristin: What is your favorite scene in the book? Why?

Bill: My favorite scene is when Dave attends the regional sales meeting. On the surface this episode is highly functional as it gives readers important details about Dave’s job. But there are two subplots introduced in this scene that spice it up.

Kristin:  What inspired you to write Off Broadway?

Bill: I was inspired to write Off Broadway and my first book, As Good As Can Be because I wanted to leave something more behind when I go than a dusty urn in some musty crypt. Now I can happily picture someone somewhere in the future randomly taking one of my novels down from a bookshelf and getting immersed in my story.

Kristin: What are you currently working on?

Bill: I’m working on a YA novel that uses revisionist history to create a modern dystopia. I’m very excited about it!

Kristin: What are you reading at present?

Bill: I’m reading The Civil War: The Final Year Told by Those Who Lived It. It’s a compilation of letters, newspaper articles, speeches, and diary entries written during the American Civil War.