The Worst Kind of Truth

It has been four years since her promotion to detective, and after paying her dues in property crimes investigations, she has made it to the Major Crimes unit. This is where the highest profile cases land—homicides, robberies, serious assaults, and sexual assaults.

Katie catches two rape cases almost back-to-back. One victim is a prostitute with an unknown suspect… who Katie fears may be gearing up for more assaults. The other victim is a college student who has accused her boyfriend, a popular baseball player, of raping her at a party.

Both cases have their own set of perils. Katie juggles her time investigating each one, encountering many obstacles—a lack of evidence in one, and wondering how to parse conflicting statements in the other.

As she battles past these difficulties, Katie faces another fact… that both cases hit home with her in very different ways. Solving them becomes more than just a job for her, but something deep-seated and personal… something that may exorcise some of her own demons from the past.

Or will they consume her?

As soon as the door closed, Katie put the car in gear and chirped the tires. She felt Tower’s gaze upon her as she left the parking lot and headed toward First and Madelia.

“You know your coffee was on the roof, right?”

Shit. “And now it’s on the ground. What’s your point, Tower?”

“Then I must be horrible at reading people.”

Katie made an indecipherable sound and continued driving, still not looking at Tower.

After a few more blocks, Tower asked, “Where we going?”

“Here,” Katie answered, turning right on Madelia Street. When she reached First Ave., she pulled to the curb and parked.

Tower glanced outside the car, then back at her. “All right. You want to canvass?”

Katie nodded. Finally, after a few long seconds, Katie turned to him. “Patrol didn’t do any canvassing at all.”

Tower reached up and scratched the stubble on his cheek briefly. “I’ve seen it plenty. The uniforms are hammered with calls. And it’s not an active crime scene. Probably, they took a look around, saw that all the cockroaches had scattered when they arrived, and—”

“You know they put my victim in the back seat, too?” As soon as the words left her mouth, she regretted them.

Tower frowned. “That’s unfortunate. But it is a two-officer car.”

Tower eyed her carefully. “You want to talk about it?”

“There’s nothing to talk about.”

I received an advance review copy for free and am leaving this review voluntarily. Thank you Frank Zafiro and Goddess Fish Promotions. I'm excited to be a part of this tour. Now onto my review!

In The Worst Kind of Truth, Detective Katie MacLeod has her hands full. After years of paying her due in a variety of units, she has made it to the Major Crimes Unit. This is the unit where all the high-profile cases land – homicides, robberies, serious assaults, and sexual assaults.

Katie catches two rape cases almost back-to-back. One is a prostitute with an unknown assailant, the other is a college student who accused her boyfriend (a popular baseball player) of raping her at a party. Both cases have their own set of perils and Katie juggles her time investigating each and encountering many obstacles.

I enjoy that the author has a background in law enforcement as it lends credibility to the story while providing a level of detail that only an insider can provide. I love a strong female lead character and Kate did not disappoint, her character is well written and believable. The cast of characters are brilliantly written and complement one another well. The book has it all – red herrings, suspension, and tension you can cut with a knife. I am hooked on this series and can’t wait to read more! 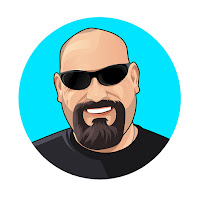 Frank Zafiro writes gritty crime fiction from both sides of the badge. He was a police officer from 1993 to 2013, holding many different positions and ranks. He retired as a captain.

Frank is the award-winning author of over three dozen novels, most of them crime fiction. These include his River City series of police procedurals, Stefan Kopriva mysteries (PI), SpoCompton series (hardboiled), Jack McCrae mysteries (PI), and Sandy Banks thrillers. He has also co-authored multiple series with other authors, including the Charlie-316 series (procedurals with Colin Conway), Bricks and Cam Jobs (action, dark comedy with Eric Beetner), and the Ania series (hardboiled with Jim Wilsky).

In addition to writing, Frank hosted the crime fiction podcast Wrong Place, Write Crime. He has written a textbook on police report writing and taught police leadership all over the US and Canada. He is an avid hockey fan and a tortured guitarist. He currently lives in the high desert of Redmond, Oregon.

Frank Zafiro will be awarding Winner #1 a box set of River City series 1-3 (Kindle version) AND Winner #2 a surprise package of out-of-print versions of Zafiro titles (paperbacks) - US Only. International readers may substitute digital version of any title in the author's back catalog to two randomly drawn winners via rafflecopter during the tour.