Interview with Cheryl DeVeiga - Author of The Prickly Problem: Dr. Pete the Porcupine by Cheryl DaVeiga

Interview with Cheryl DaVeiga - Author of The Prickly Problem 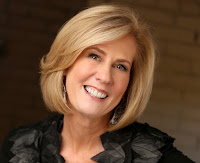 You’ve been a financial executive for most of your career.  How did you become an award-winning songwriter?

I started writing children’s songs a long while back and created an animated character called CADi Grace to sing them.  It all began with my nephew Michael, then 7.  On our way to go shopping, we were listening to a kids’ song on the radio, and I announced (with only experience writing silly parody songs – a whole other story) that we could write a better song than that.  His look of amazement captured me, as he said, “we could write a song?”  I assured him we could, and his idea for what the song would be about (superheroes shopping—why not?!) became a real thing when the song (through a string of crazy events) was produced by the wonderful music musician and producer Anthony Krizan of Sonic Boom Studios.  Anthony turned our tune --hashed out on the piano-- into what we thought was a masterpiece, with guitars, banjo, drums, bass, and harmonies.  Michael was thrilled.  I was hooked!  Years passed, and children’s songs led to adult songs, which led to an ASCAP (American Society of Composers, Authors, and Publishers) award, and then back to children’s songs and books.  The spicket never turned off.

2.  Each of your books has an accompanying song.  Which comes first, the book or the song?

They’ve gone both ways and back around.

The Prickly Problem: Dr. Pete the Porcupine was a song before it became a book.  (That song  Poking Around with Me made it to the semi-finals of the International Song Competition, by the way.)

For Rocket Red: A Little Ant with a Big Dream (the inspiration for which was the aforementioned Anthony Krizan) was a book, and then became the song I’ve Got a Dream.

3.  Your brand is called Biff Bam Booza.  What’s that all about, and how did you get the name?

My book co-writer (for 2 of the 3 current books) Dave Gibson and I started out with puppets
and our mascot Frank The Lucky Frog was the brand (Frank TL Frogg and Friends.)   As we got to know ourselves better, we wanted to streamline our brand into what we were all about, e.g. humorous books, songs, and kindness.  We gave Frank and the puppets a leave of absence and looked for a new name. We thought about the chorus of our War at the Ice Cream Store song.  “Biff Bam Booza, Yowza Wowza Wooza…” and we landed on Biff Bam Booza, which reflects the joyful silliness that Biff Bam Booza books and songs embrace.  The tag line is Read, Sing, and Get your Giggles On and that’s what it’s all about.

There are 3 books on the assembly line currently, one fully illustrated, one partially illustrated, and one with the editor.  And the accompanying songs are in the writing process.  I’m not sure when they will be released, but definitely one or two more this year.  Luis Peres (the fabulous illustrator of The Prickly Problem: Dr. Pete the Porcupine) and I are collaborating on a series within the Biff Bam Booza series, and I can promise you it’s chocolatey, delicious, and gooey.  That’s your hint ;)  I’d love it if you’d stay tuned.