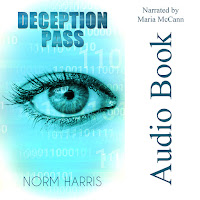 She should have followed the rules. "Rule 2: Always double-tap." Now a girl must travel back in time to that never-never land of spies and samovars. To the land of bears, bombs, babushkas, and borscht to finish the job. To the land where anything can happen and often does.

On course in the Pacific, an American ship experiences an event unlike anything that any ship has ever undergone.

Faydra "Spider" Green has had a storied career as a navy lawyer, juggling being the daughter of a former US president. She has successfully navigated complex diplomatic situations, pulse-pounding legal investigations, and dangerous military missions, managing each time to save the day. But now, a man who had nearly cost Fay her life has seemingly returned from the dead. Now, hell-bent on revenge, he poses a threat to Fay and national security. Fay will have to go to extraordinary lengths to stop him, even tampering with the bounds of time and space.

I received an advance review copy for free and am leaving this review voluntarily. Thank you Norm Harris and Goddess Fish Promotions. I'm excited to be a part of this tour.

This is my first book by this author and not my last! I loved this book and the author's ability to spin an intense story of mystery and suspense. Written from multiple perspectives this book allows the reader to live the story as it is happening. This book had me engaged and on the edge of my seat from start to finish! I LOVE a good mixed genre novel that combines four of my favorites.

The characters are well developed and play well off one another which made for an enjoyable read. Just when I thought I'd figured it out, another twist was thrown my way. All the twists and turns add a level of depth that made the story more compelling. The setting is well described and vivid. The author has an excellent ability to weave a multi-faceted story into one compelling read!

I highly recommend and am looking forward to more from this author. 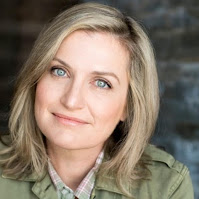 I am a proud Mexican/ Irish actor born and raised in Los Angeles. A graduate of the UCLA School of Theater, Film, and Television. I have appeared in over 45 films and television shows, such as Lucifer, Grey's Anatomy, American Horror Story, and Shameless. I am an avid reader and a self-proclaimed book nerd. I have reached my personal goal of reading and reviewing 100 books in a year for the last few years. I have turned that passion into a career in audiobook narrating, bringing character development, accents, and a deep understanding of the text to my work. I am a busy wife and mother of both daughters and fur babies. However, I still manage to be president of the non-profit actor's organization, The Collaborative and serve on the board of directors for The Wild Animal Sanctuary in Colorado.

Look for my subsequent Spider Green Mystery Thriller narration by Norm Harris, The Girl Who Knew Death, sometime in mid-October.

Norm Harris will be awarding a $10 Amazon/BN GC to a randomly drawn winner via rafflecopter during the tour.