Interview with Sunny Weber - Author of Beyond Flight or Fight

Interview with Sunny Weber - Author of Beyond Flight or Fight 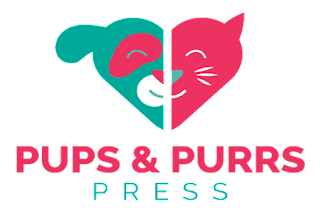 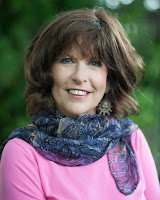 When did you first know you wanted to be an author?

I began writing stories as soon as I learned how to write—in first grade in those days. I remember the first day of school when I wrote my own name on that funny lined paper with the big, fat #2 pencil! My first short story was called, Fearless Ferdnand the Bull. I still have it and it has a big, red “A+” on it. I was hooked!

What is your favorite genre to read? What about that genre draws you?

I go on binges. Right now I’m reading a great deal about the history of the human species and the development of societies and governments. I have had binges in history, biographies (especially of outstanding women), and of course, animal behavior. I’ve read a ton of middle grade fiction since it is an important learning tool for my own work. I watch movies to “escape” but I read to learn!

Who did you have in mind as you wrote your books?

My first middle grade book (The Dog at the Gate) was about dogs and cats I actually owned. The stories are real and as I developed the story line, it became clear that there was an enormous opportunity to educate children regarding animal welfare—especially how animals see their worlds. I had already been an animal behaviorist and humane educator for many years and I came to the conclusion that stories BY animals resonated more than stories ABOUT animals.

The other two books evolved from the themes and messages I wanted to impart on many levels—those themes and messages can be viewed in depth on my website www.sunnyweber.com , under the BOOKS tab, click on The Pups & Purrs Series link. Each book’s landing page also verifies the lessons that can be learned.

One of my biggest goals with all the books was to reach children experiencing violence and who then become animal abusers. Youthful animal abusers ALWAYS escalate to violence against people if not intervened with early. Helping such children see animals as sentient, emotional beings may keep, or help develop, their empathy instead of allowing their antipathy and cruelty to flourish—to the detriment of all society.

What is your favorite children’s book?

Beautiful Joe by Marshal Saunders. Joe was an abused, real Canadian dog and there is a park and

bronze statue in his memory in Meaford, Ontario. The author could not publish under her real name—Margaret Marshal Saunders—because women were not usually published before the turn of the last century. It was the first dog book written from the eyes and mind of a dog. It followed Black Beauty, the first horse story written from the POV of the horse. Its author, Anna Sewell, was able to publish under her own name because her mother was already a famous suffragette author. Always sickly, Anna only wrote one book and then died. Margaret went on to write several sequels to Joe’s story. Both their books became and remained best sellers into the 20th Century.

What advice would you give to a child or teen who wants to be a writer?

Read a lot! Write everything that comes into your head. Study the CRAFT of writing. Some say writing is an inborn talent but it doesn’t matter because it is a craft that must be honed with education and experience. Mediocre writers in the school setting can become fabulous writers later—with education, practice, and passion about their preferred topics and genres. Find your passion! Study it, then study writing. Success comes from the dovetailing of passion and practice, and both stem from education. Life experience is the greatest of all contributors to the development of an author. Plus you never “age out” of writing—you can continue to learn and grow until you die!